How to Pick the Right Carabiners | Rock Climbing

Another piece of climbing equipment that you’re going to need for climbing in a gym is going to be a couple of carabiners, and you have lots of choices when you’re picking a carabiner. It comes in all kinds of colors, shapes, and sizes. They all serve pretty much the same purpose. So to give you a couple of examples, right here we have a locking carabiner, and another type of locking carabiner. Both serve a similar purpose, the color doesn’t really mean anything, you’re going to see lots of options when you go to pick some out.

The most important feature is that they have this screw gate here, which locks the gate in the closed position, preventing it from opening while you’re climbing. These are the kinds of devices that you want to have for attaching your belay device, to use for anchoring yourself, a little bit more expensive than a non-locking caribiner, but certainly a critical choice. You should definitely have one for your belay device.

These carabiners here are what are called non-locking carabiners. You’ll notice there’s no screw gate on them, but they also still look a little bit different, meaning that one of these carabiners has a wire gate, the other one has a straight gate. And these types of gates serve a similar purpose. You have some difference in functionality as far as how the carabiners feel when you’re clipping your rope to them, but as far as the strength and things like that, they’re pretty comparable.

A final type of carabiner that you might see is something known as a quickdraw. They look like this, and it’s basically two of those non-locking carabiners connecting to what’s known as a dog bone. That’s the piece here in the middle. And these quickdraws are what you would use for lead climbing here in the gym.

Most of the time, these are already fixed to the wall for you, but it’s still a good thing to be able to identify, and it is one primary use for those non-locking carabiners. So again, these are quickdraws. You probably won’t need to purchase any on your own as most climbing gyms do provide them for you, but just so you know what you’re looking at, these are both examples of quickdraws used for lead climbing. And that’s what you need to know before buying any carabiners to come to the climbing gym. 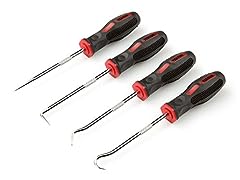 Heat treated, chrome vanadium steel shafts Cushioned, non-slip grips for extra control Knurled shaft grip area for precise work Ideal for assembly, repair, or removal of small parts Set Includes: 1-pc. Full Hook, 1-pc. 45-degree, 1-pc. 90-degree, 1-p... (as of December 2, 2020 - More infoProduct prices and availability are accurate as of the date/time indicated and are subject to change. Any price and availability information displayed on [relevant Amazon Site(s), as applicable] at the time of purchase will apply to the purchase of this product.) 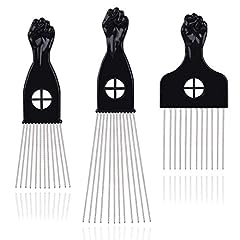 (1098)
Color: black Brand: LEADUWAY Material: Plastic handle with metal teeth, Pick your hair easily, skin-friendly metal teeth of comb, doing no harm to your scalp Application: This hair pick is suitable for curly hair and straight hair, detangle wig braid... (as of December 2, 2020 - More infoProduct prices and availability are accurate as of the date/time indicated and are subject to change. Any price and availability information displayed on [relevant Amazon Site(s), as applicable] at the time of purchase will apply to the purchase of this product.) 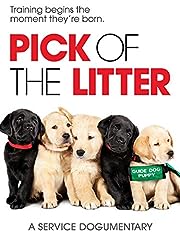 
Pick of the Litter

(290)
(as of December 2, 2020 - More infoProduct prices and availability are accurate as of the date/time indicated and are subject to change. Any price and availability information displayed on [relevant Amazon Site(s), as applicable] at the time of purchase will apply to the purchase of this product.)

DIMENSIONS: 36 inches L x 21 inches W x 2.75 inches D and weighs 5 lbs SPECS: 1045 high strength forged steel and an HRC of 45-60 RELIABLE: Features the new, no-slip, H-Grip on the ergonomic handle that turns tacky when wet to ensure a secure grip in... (as of December 2, 2020 - More infoProduct prices and availability are accurate as of the date/time indicated and are subject to change. Any price and availability information displayed on [relevant Amazon Site(s), as applicable] at the time of purchase will apply to the purchase of this product.)

is there such a thing as primitive climbing where ppl do it old school style. What did they do before carabiniers etc. whats the earliest recorded rope climbing

why do you throw your gear? that damages it…

Ummmm I do not want to be Mr Poopy pants but these video’s are geared to newbies as how to or information videos right. Then why are you throwing your life saving devices around and down on the ground? That is not how you treat your gear, repeated shock loads weaken it! We do not want to teach new climbers that that practice is OK.