Tentsile makes specialized suspension tents for campers and outdoorsy types. The tents come in a variety of sizes and configuration options and they look as though they’re defying gravity. At the same time the tents look like it would be impossible for them to support actual humans.
For more: TechGadgetsCanada.com
Follow Erin on Twitter & Instagram @ErinLYYC

Recently I reached out to Tentsile and requested to review one of their tents to see how it works, how comfortable they are, how strong they are and what the overall user experience is. They were gracious enough to send me a demo tent called the Connect which I tested out over a couple of months and several different camping excursions.

How Tentsile tent works
The Tentsile tent consists of several parts and pieces; the tent itself, the fly (available in different colours and patterns), three wide seatbelt-style straps, three ratchets, two articulating tent poles, screw-style pegs, and bungee cords.
The tent uses the wide seatbelt-style straps to wrap around nearby trees, then the straps are fed into large ratchets which cinch the tent to the straps tightly to provide a stable base for the tent. With a stable and even base, you slide poles into the tent to pop it open, clip on the fly then peg it down or wrap it around the tent if you prefer.
The tent has a flat and stable bottom, and despite what you might think, two people do not really roll into eachother. The Tentsile Connect tent also has a strap that runs along the spine or the base of the tent which can be tightened to create two hammock style areas inside the tent if you prefer.
Setting up the Tentsile Connect
You need three strong and sturdy trees to attach the Tentsile tent to.
The first time you’ll use this tent (or even the first two times) will be a challenge. Don’t attempt to do this for the first time after arriving late and in the dark to a campsite. You’ll go insane. You definitely need some practice with this tent in order to get it right. For me that took about two or three tries in various different locations.
Tentsile tent- First try
The first time we set up the tent it was an utter failure. We set the tent up, tightened the straps and attempted to climb in. In seconds and with a snap, the tent dropped to the ground taking us with it. Fortunately it was not a far fall and we didn’t get hurt. What went wrong, we wondered?
It turns out the steel ratchets that are used to tighten the straps were not locked into the closed position. This is a majorly important step, though I’d have to be taught this lesson one more time before it really sunk in. More on that later.
Tentsile tent- Second try
We tried a second time, only this time (with ratchets locked!) we were in an odd configuration where my husband and myself were kind of tossed into the middle of the tent almost as if it were a giant single hammock. Something was clearly not right. Was one strap too high, we wondered?
Tentsile tent – Third & fourth try
We tried the set up again, only this time we seem to have gotten it a little too low to the ground. When we climbed in we were basically touching the ground with our butts. Down came the straps and on to another attempt we went.
Confused, we tried our set up again.
This time it seems like we’d gotten our angles wrong. When choosing a set-up location, you’ll need to ensure the trees you pick to connect to are at the correct angles for the tent. Despite seeming like you should seek out trees in an equilateral triangle configuration, you’ll want a little more of a V shape (isosceles triangle, friends. Remember high school geometry?) for the Connect tent.
Tentsile tent – Fifth try’s a winner!
We re-strung the tent and moved the front two straps to trees that were more forward of their previous position and that seemed to work better. This time when we got in we had a solid and mostly flat surface that allowed us both to lay flat on our own sides of the tent. This was how we slept for the first night in our Tentsile tent. Hallelujah!
Tentsile Tent Tips
Don’ts-don’t attach to dead trees (they’re likely to be pulled over. Yep, this happened to us)-don’t attach to trees smaller in diameter than about the size of two fists (they won’t be strong enough)-don’t hang it much more than 4 feet off the ground – a height you’d feel safe falling from
Dos-always remember to lock the ratchets-remove rocks and avoid stumps and debris underneath. Just in case.-practise your set up in daylight, and with some time to spare-know that other campers will be curious. Plan to be an ambassador for Tentsile!

Over 1008 Individual Leaves adorn this tree's trunk and several branches Unlike the real Ficus tree (which is finicky and practically leafless in almost any home light conditions), our Ficus tree is eternally verdant and deep green. Measuring six fee... (as of October 21, 2020 - More infoProduct prices and availability are accurate as of the date/time indicated and are subject to change. Any price and availability information displayed on [relevant Amazon Site(s), as applicable] at the time of purchase will apply to the purchase of this product.) 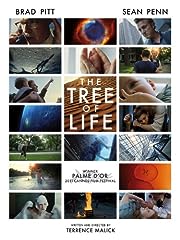 
The Tree Of Life

(as of October 21, 2020 - More infoProduct prices and availability are accurate as of the date/time indicated and are subject to change. Any price and availability information displayed on [relevant Amazon Site(s), as applicable] at the time of purchase will apply to the purchase of this product.) 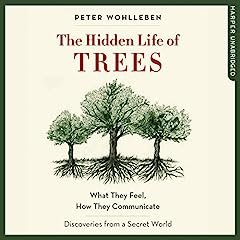 
The Hidden Life of Trees: What They Feel, How They Communicate - Discoveries from a Secret World

(4421)
(as of October 21, 2020 - More infoProduct prices and availability are accurate as of the date/time indicated and are subject to change. Any price and availability information displayed on [relevant Amazon Site(s), as applicable] at the time of purchase will apply to the purchase of this product.) 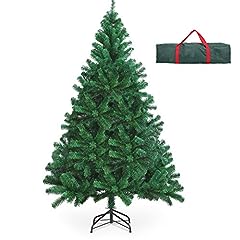 🎄 LUSH LIFELIKE APPEARANCE - 800 realistic branches make the Christmas Tree 6ft look denser, create a natural beauty for your Xmas and provide ample space for ornaments. 🎄 HIGH QUALITY STORAGE BAG - Durable than plastic storage bags and keep tree awa... (as of October 21, 2020 - More infoProduct prices and availability are accurate as of the date/time indicated and are subject to change. Any price and availability information displayed on [relevant Amazon Site(s), as applicable] at the time of purchase will apply to the purchase of this product.)

Hope you enjoyed the vacation! Missed seeing you in Omaha!

Well, this looks pretty fun!
Wish we’d had something like this in our younger days. We have moved on from tents, and now camp in a travel trailer.
Thanks for a great review!

Great review, thanks for taking the time to post it!

I can’t believe I’m 53 and still want this sort of stuff to play with. I can just picture my better half rolling her eyes if I bought one of these home! Still, I do have lots of trees to choose from at home….:) Thanks for the review.

Would you use this tent over water? If so, how would we enter the tent without getting our feet wet?
Thanks a bunch for the review
– CJ

In terms of space, would you say this is big enough for two people and a large dog? It’s ok if its cozy just curious if you think it would be doable or if the stingray is by far the better option

Erin great review! Seems like all those straps and ratchets would add some serious weight. Would you say it’s probably more of a camping tent versus something you’d be able to backpack with?